Although we usually speak of plastic in the singular, the reality is that there are many types of plastic that exist today. Since its appearance in the 19th century, its use has only grown, reaching a world production of almost 400 million tons per year at present. A large part of this ends up in the oceans, which is why more than 80% of the waste in the sea is plastic.

The data are so alarming that more and more industry regulations are trying to curb the rise of traditional plastic to protect human health and the environment.

Types of plastics used in industry and their recycling process

Since the emergence of plastic, its properties and composition have been changing to adapt to the needs of each moment. That is why there are numerous types of plastic with different characteristics, of which 6 are commonly used in industry.

This is the most commonly used plastic and its characteristics include transparency, lightness, impermeability, resistance, and suitability for food use. This is why it is used especially in bottles, textile fibers, and lightweight packagings, such as food packages and pharmaceutical packaging.

It is a whitish thermoplastic polymer widely used in the industrial sector due to its varied applications. Chemically, it is the simplest of all polymers, but great improvements in strength, durability, and density can be achieved by combining it with other elements. It is an economically produced non-toxic, non-conductive, and highly resistant material.

Because of its characteristics, it is used especially in the manufacture of plastic bags, airtight kitchen containers, buckets, baby bottles, toys, tubes, cables, and the like. 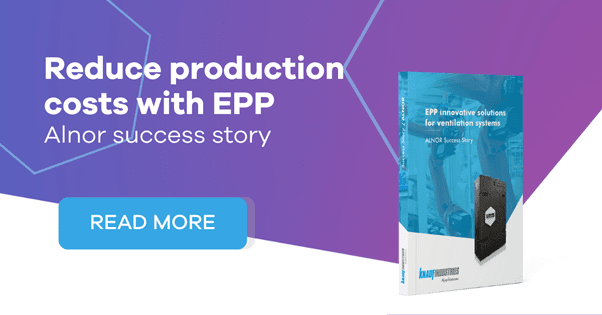 It is a colorless and practically opaque thermoplastic polymer that stands out for its rigidity, resistance to impact, temperature, traction, and acids, and ease of processing and customization. It is used in a large part of everyday non-transparent packagings such as milk cartons, detergent containers, bottle caps or plastic furniture.

This is a milky-colored thermoplastic widely used due to its good thermal, chemical, and impact resistance. It is also more flexible than HDPE. Its most common uses are film, lamination, bubble wrap, plastic bags, wiring insulation, and flexible bottles.

This is a very versatile thermoplastic polymer, as it can be used as a plastic or as a fiber. It is malleable, easily colored, water-resistant, and resistant to bending.  The main products manufactured from this material are toys, plastic cups, automobile parts, and containers for food and medicines.

This is a thermoplastic whose most relevant qualities are that it is a natural insulator, rustproof, fireproof, long-lasting, and resistant to impact and corrosion.

For all these reasons, it is natural that its main uses are in pipes, construction materials, cable sheathing, medicine containers, and synthetic leather.

In addition to the plastics discussed above, there is another type of plastic that is characterized by its malleability and lightness, as it is largely composed of air: expanded foam plastics.

EPP is a plastic foam material obtained by expanding polypropylene by up to 50 times its original size with air. It can be manufactured in various densities, from 15 to 250 g/l.

Its most outstanding properties are as follows:

All these characteristics make it a very interesting material for the construction sector, especially in the field of air conditioning systems, as well as for the production of thermo-insulating and shockproof packaging.

Expanded polystyrene is a plastic material composed of 98% air and 2% matter. It is applied in a liquid state, subsequently expanding on the applied surface until it acquires a solid form.

Its characteristics include the following:

It is not surprising, therefore, that its main use is in the construction sector, as it provides thermal insulation and lightness to buildings.

Main plastic regulations in the EU

In view of the excessive annual consumption of plastic and being aware of its harmful consequences, the EU has been forced to adopt in recent years certain regulations relating to this material in order to contribute to the protection of human health and the environment.

The REACH Regulation (Registration, Evaluation, Authorisation, and restriction of Chemicals) was created with the aim of controlling the risks involved in the manufacture, marketing, and use of chemical substances.

To comply with this regulation, companies must identify the risks associated with the substances they manufacture and market in the EU and communicate to users information on their properties and hazards, as well as instructions for their safe use.

Its scope extends to all chemical substances, both those present in industrial processes and those that make up everyday articles. This is why it is a cross-cutting regulation that affects practically all sectors.

RoHS Directive for all types of plastics

The RoHS (Reduction of Hazardous Substances) Directive, adopted in 2011, seeks to restrict the use of six hazardous materials in the manufacture of various types of electrical and electronic equipment, namely:

RoHS compliance is the responsibility of the producer and applies to both EU-manufactured and imported products.

This regulation came into force in 2019 in view of the urgency to combat persistent organic pollutants (POPs), i.e. those toxic chemicals with a high capacity to persist that contaminate trophic chains and accumulate in animal tissues, leading to significant harmful consequences on human and environmental health.

The regulation has 4 clear focuses of action:

This regulation, adopted in 2011, establishes the basic rules for the manufacture of materials intended to come into contact with food, given that in recent years plastics have tended to be used combined with other materials and objects in so-called multilayer composites.

Thus, it is regulated that any material intended to come into contact directly or indirectly with food must be sufficiently inert to prevent substances from being transferred to food in quantities that could endanger human health or cause a change in the composition of foodstuffs.

Likewise, these materials must be maintained in good hygienic conditions to avoid reactions with food and their possible deterioration, as well as to protect them from contamination.

Circular economy: the next big challenge

The aim of the circular economy is to ensure that materials, resources and products retain their value in the economy for as long as possible, thereby reducing waste generation. It is so important that the EU has drawn up the Circular Economy Action Plan, which aims to move member states towards such models.

Non-petroleum plastics, also known as bioplastics, are a promising alternative to fossil fuels, as they are derived from plant products or other bio-based materials such as corn, soy or potato starch and emit between 0.8 and 3.2 tons less CO2 per ton of material than traditional plastics.

The first plastic derived from organic products dates back to 1869 when John Wesley Hyatt Jr. created a plastic derived from cotton cellulose. However, in the early 20th century, synthetic plastics gained a lot of ground, being cheaper and easier to mass-produce. It was not until the 1973 oil crisis in the USA that the problems of dependence on oil became evident and the need to look for alternative ways of production became apparent. Thus, in 1976 the first product marketed as a bioplastic was created and in 1983 the first fully biodegradable bioplastic, Biopol, was presented.

Today, bioplastic production is increasing year by year. In 2021 it was 2.4 million tons and is expected to triple in 5 years. However, there are still some challenges to be solved before bioplastics impose themselves as a large-scale alternative, as their production is relatively limited, and their prices are not entirely competitive. This is why they still do not represent even 2% of total plastic production.

Why are mono-material products so important?

In the goal of making all packaging in the EU recyclable or reusable by 2030, mono-material products play an essential role because they have certain characteristics that make them the ideal allies for industries to comply with regulations without sacrificing profitability or efficiency:

Cost reduction, as the production process is simplified and the recycled material can be easily reincorporated into a new process.

In plastic recycling, the composition of each container plays a fundamental role, since the process will be different depending on the type of plastic. To do this, we must look at the number of the Moebius strip, that is, the number from 1 to 7 located inside the triangle with arrows that symbolizes recycling. This number indicates the composition of the plastic waste and, therefore, how it should be recycled.

Let’s see how plastics are classified according to their recyclability:

It is an easily recyclable plastic and, after this process, is often used for new bottles, textiles, ropes and cosmetic packaging. It accounts for 11% of the planet’s plastic waste.

It is also easy to recycle and in its second life is often made into new packaging, boxes, toys, pipes and furniture. It accounts for 14% of the world’s plastic waste.

It is very difficult to recycle although, where possible, it can be used for shoe soles, outdoor furniture, pipes or containers. It represents 5% of plastic waste.

It is moderately easy to recycle and can be converted back into the same product that was recycled (plastic bags or similar), as well as into different products such as flower pots, tubes or fences. It generates 20% of the planet’s plastic waste.

It is relatively easy to recycle, behind only PET and HDPE. In its later life it is often used to produce containers, furniture or textiles. It accounts for 19% of the world’s plastic waste.

Given its composition, it is very difficult to recycle. On the rare occasions when it is possible, it is converted into thermal insulation, office equipment or containers.

These are containers whose exact composition is unknown or which do not fit into any of the previous groups, as they are the result of mixing several plastics. For this reason, they are very difficult to recycle.

Therefore, after collection from the yellow garbage can, the discarded plastic containers are sent to sorting plants, where the waste is separated by type of plastic and then processed and converted into the new products mentioned above.

At Knauf we have redesigned our processes at all levels to avoid waste of resources and waste generation.

Particularly relevant is Knauf Circular®, a program that aims to reduce packaging waste. To this end, we provide our customers with a packaging waste collection service to recover and reuse packaging waste. We then send the raw material to a chemical recycling processor to give it a new life as recycled plastic.

In this way, we work to close the life cycle of packaging resources and waste and reduce the input of new virgin raw materials. 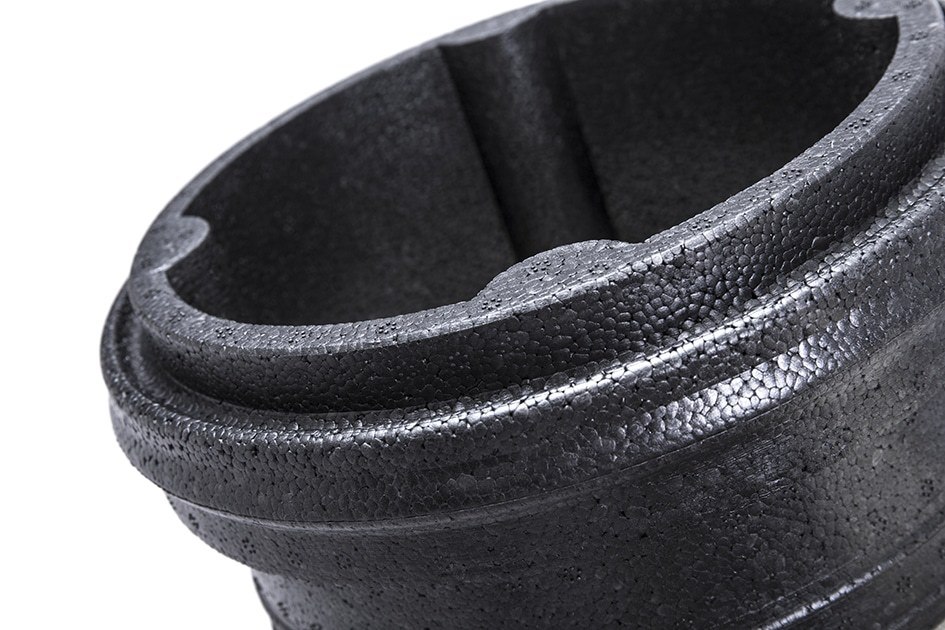 For the last few years, the HVAC industry has been allowing expanded polypropylene – EPP- to enter more and more applications. Thanks to the advantages… 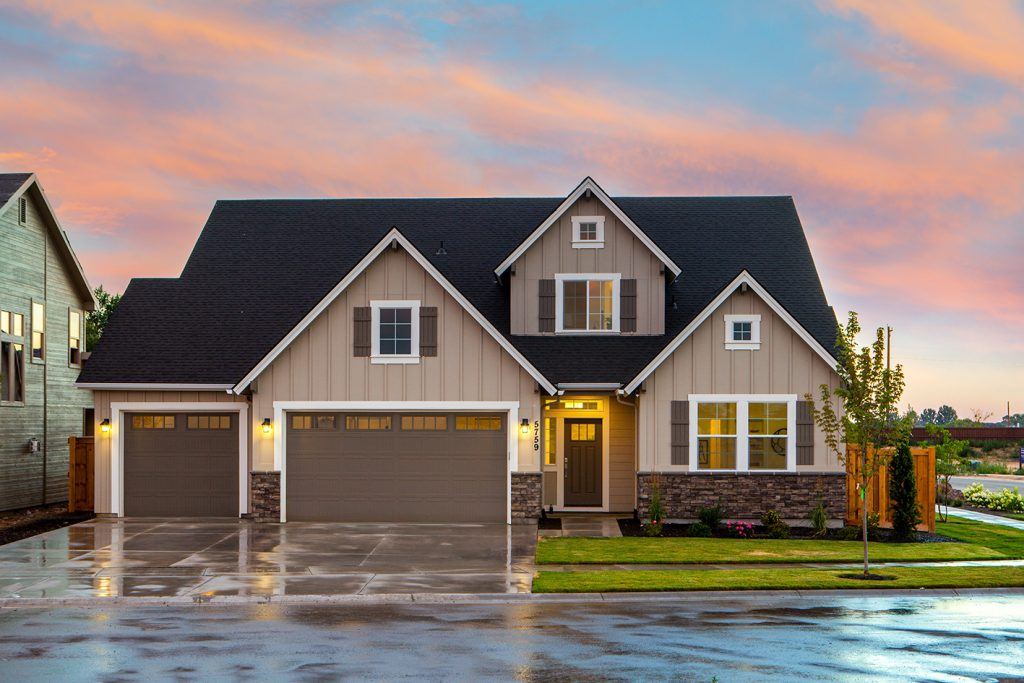 Insulation solutions from expanded foams EPP and EPS in HVAC systems  HVAC is an acronym for English words – Heating, Ventilation and Air Conditioning. The… 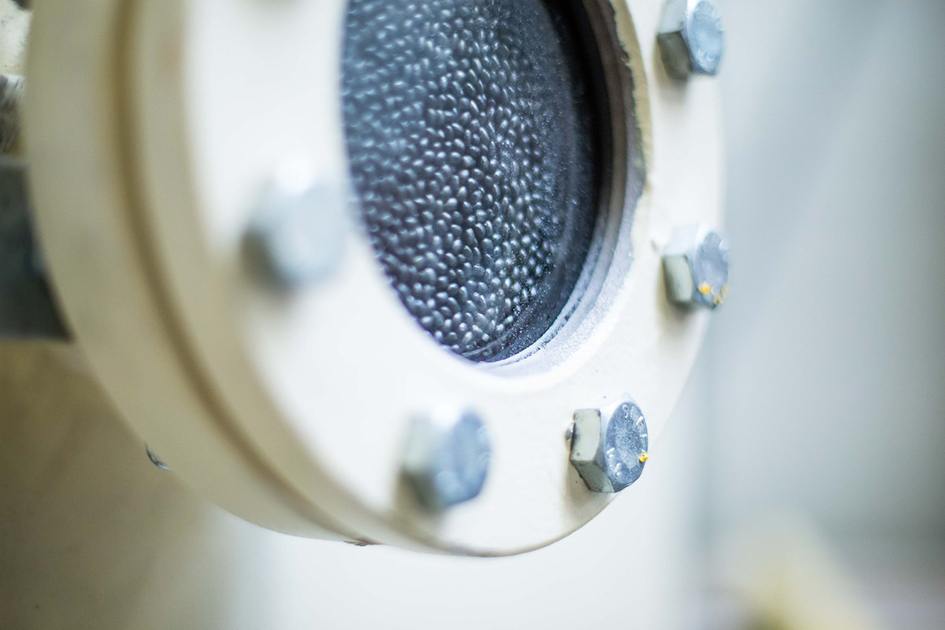 Within the last decade we observe an extremely dynamic development in the heating, ventilation and air conditioning industry. Market leading companies are creating new trends… 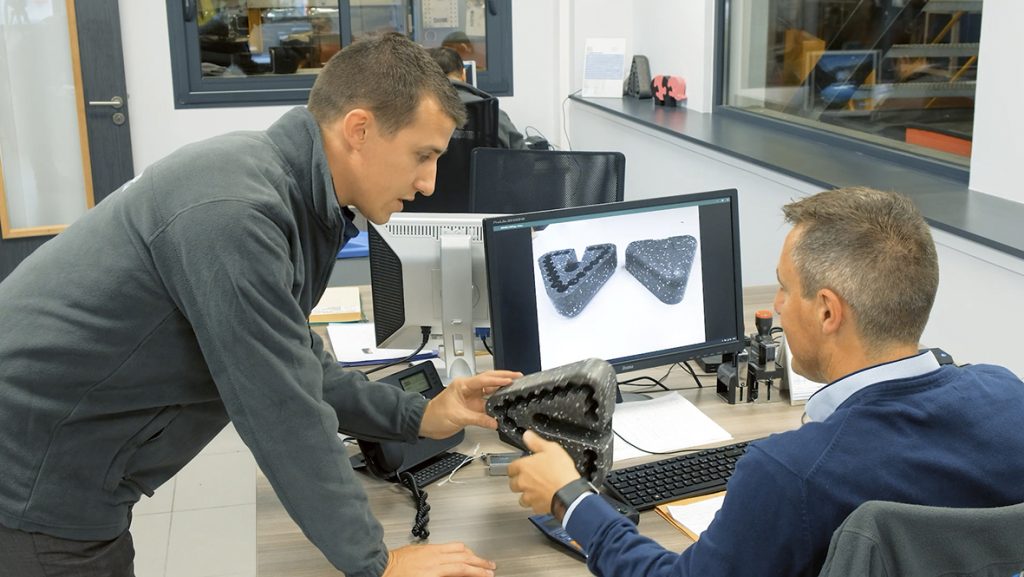 The framework and thermal insulation of air handling units must meet very specific requirements, linked not only to the technical parameters of their use, but…